During the years of 1973 and 1974, Rev. and Mrs. Hsu visited the families of Dr. Joseph Au and Peter Cheng, who moved to Newark from Berkeley. The burden of setting up a new church had been laid upon their hearts because there was no church to meet the needs of the growing Chinese population. In January 1975, Rev. P.K.Tong started a Bible study group in his home with five to six people. After Rev. Tong relocated to San Francisco, the group moved to meet at Dr. and Mrs. Joseph Au’s home. Through the united efforts of these believers, their Bible study grew and they started discipleship training. The formation of a new church was underway. The first worship service was held at 3:00 P. M. on June 1, 1975 at the First Baptist Church, Newark. The group was officially constituted as Tri-City Chinese Baptist Mission. The first baptism was held on Easter Day, the following year. 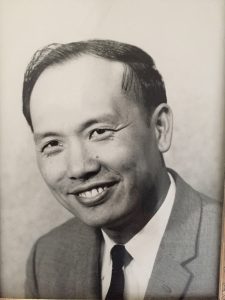 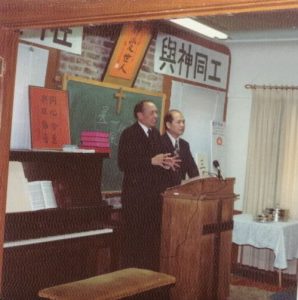 During the first two years of this infant ministry, Rev. Hsu was serving the Berkeley and Tri-City congregations simultaneously. In 1976, Rev. Hsu felt called to resign his work in Berkeley, and start a full-time pastoral ministry at the Tri-City Chinese Mission. In July, Rev. Hsu led his first Sunday morning worship service in the fellowship hall of the Alder Avenue Baptist Church in Fremont. The mission was formally constituted on November 6, 1977, as Tri-City Chinese Baptist Church (TCCBC), and on that same day held its first revival meeting. The evangelist was, Dr. Samuel Tang, Senior Professor of Old Testament, Golden Gate Baptist Theological Seminary, (retired). Since that time, Dr. Tang has regularly served as counselor and friend to the church. 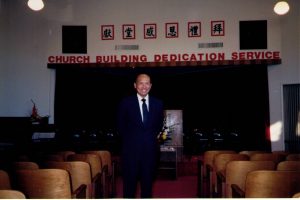 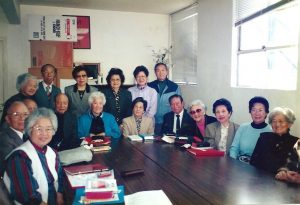 In ensuing ten years, TCCBC grew numerically and began using the rented facilities from Alder Avenue Baptist to develop a graded Sunday school. Rapid development necessitated larger and more permanent facilities. Sunday school classes were meeting in nearby homes and even in vans. In the fall of 1987, following extended prayer, the church purchased the present property on Mission Boulevard. Members raised the entire sum to purchase the property. Explosive growth quickly made it evident that the initial purchase of land would be inadequate. Fortunately, property adjacent to the church was available. It was purchased in May of 1998 affording the church ample space for expansion and parking.

The church broke ground for the current education building in the year 2000. It was finally completed in 2007. Work was begun almost immediately to remodel and retrofit the old sanctuary according to earthquake specifications. This work was completed in March of 2010. 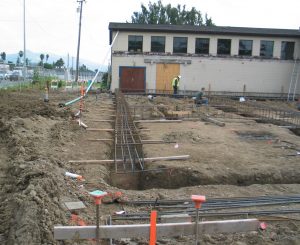 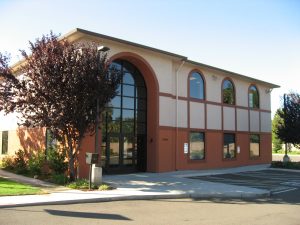 In 2002, Rev. Hsu, after a pastorate of some thirty years, retired due to his advanced age. More recently Rev. Hsu endured a six month struggle against liver cancer. He passed away in August of 2009. His memorial service was attended by pastors and former members from over the whole Bay area. Members agreed that it was a fitting victory celebration for a fruitful life built upon the constant prayer of both Pastor Hsu and the congregation.

Pastor Stephen Mak started his ministry as the interim pastor to the Cantonese congregation in July 2019.